Sarasota Real Estate Review for June 2012: Will The Recovery Continue? 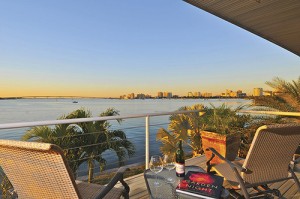 The biggest question on everyone’s mind that follows real estate is, “Will the Recovery Continue?” If our regional results are any indication, the answer is a resounding yes!  But, there is no question that the economic and political climates are fragile and could change the complexion quickly, for now all indications are that, at least in our microcosm, the market is continuing its climb back to some normalcy and there does not seem to be much pressure against it persisting. Based on all of the evidence being released from local, regional and national analysts that I have reviewed, I strongly believe that meaningful strides are being made toward to sustained recovery.

The Sarasota Association of Realtors and other regional and national experts released their June data this week and it revealed that this is the fourth consecutive month with closed sales in excess of 800 transactions, showing that our market is back to sales levels last seen during the 2003-2005 real estate boom. This past month’s closed sales count was the second highest monthly total since September 2005. The median sales price for single family homes is $178,000, which is higher than the 12 month running average of $167,000. For condos the median sales price was $195,000, significantly higher than the 12 month average of $165,000. The median prices are approximately 35% higher than the low point of 15 months ago. One of the items helping the rise in the median price is the low inventory of properties priced under $500,000 and the lesser number of distressed sales, which accounted for 31% of the past months closed transactions. In the third quarter of 2010, distressed sales accounted for 51% of the transactions.

The available listings continue to decrease on a monthly basis with each passing month showing a new low. A real estate market is considered balanced and neither an advantage to sellers or buyers when supplies are at 6 months. With our area sitting at 4 months of inventory based on June closings, this would normally lead to pressure being placed on prices, which is especially expected to happen in lower price points and specific most desirable neighborhoods. It was reported that the last time inventory was this low was in 2004.

Based on the June closed sales, there are now just 3 months of inventory for properties listed under $500,000. In the segment between $500,000 and $1,000,000, there is a 7 month inventory and over $1,000,000 the available inventory is a 26 month supply. In higher priced categories, a market equilibrium is measured at a considerably higher months-of-inventory level, with experts suggesting anywhere between 12 to 18 months as being the norm.

With housing starts nationally increasing 20% over last year, June new home building levels not seen since 2008, and builder sentiment reaching a five-year high in July, additions to inventory appear to be on the horizon but not soon enough to prevent an uptick in prices in the short term.

This traditionally slower sales time of the year has surprised even the most optimistic of the forecasters. The evidence shows shorter list to sale periods, a tighter ratio of list price to sale price, shrinking inventory limiting options for interested buyers, builder sentiment remaining strong, visitor numbers to the area hitting levels not seen in many years, and record-setting volumes of transactions leading me to believe that the trough appears to be behind us.