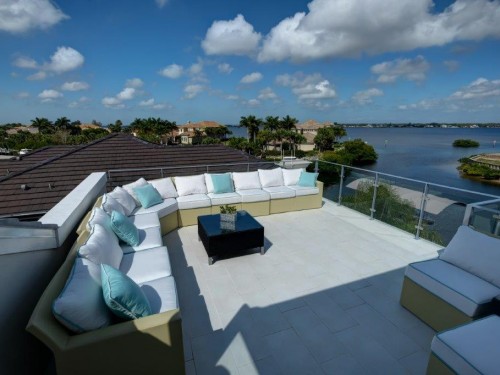 Sarasota’s peak season lasts several months but, none is more active than March.  Whether success is measured in numbers of cars on the roads, hotel rooms filled, restaurant and retail sales, baseball Spring Training fans, professional golf and tennis tourneys throughout the state, weekly filled-to-capacity Polo matches, number of boats in Sarasota Bay, or weeks of sunny days and warm temps, this year has been strong in every way.  And the proliferation of news of the Sarasota area’s real estate recovery just keeps coming!  This month’s report from the Sarasota Association of Realtors is yet another in a seemingly never-ending release of data that supports the belief that the region is continuing its long climb from the devastating decline in values, sales, and building of new homes.

As I reported last month, January, as is typical in our area, was a bit soft, but the results from February once again showed positive signs in strong numbers of pending sales, another increase in median sale price, and a drop in inventory of 20% from last year.  As we are in the height of our tourist season, the activity in our market is extraordinary and reports of multiple offers on properties and sales at or near listing price are becoming more commonplace.  Attached  HERE  is the Sarasota Association of Realtors February Market Report.

The National Association of Realtors recently released information on vacation home sales over the last year.  The data showed that in 2011 vacation home sales rose steeply at a pace of 64.5% over previous year.  There was also an increase of 13% in those investors buying more than just one vacation property during the year with the median number of properties being bought per buyer rising to three from two the year before.  The REPORT noted that most of the buyers stated they planned to hold on to the property for at least five years.   You can be sure that the Sarasota region contributed to that statistic!  And with rapid sales occurring this spring season, we can expect even more growth in vacation/investment home sales.

Despite the number of distressed properties still marring our market, it appears these are slipping into the mainstream as financial institutions become more adept at disposing of them at a quicker pace.  The number of listings defined as distressed is decreasing and that is also a good sign that these properties are going to have less effect on our pricing than previously thought.

Sarasota continues to produce strong signs that we are able to sustain real estate recovery.  After the traditional peak spring selling season is over, I believe that the market will be well balanced and able to remain on its positive growth progression.  I look forward to reporting to you in April with what I expect to be incredible March results!