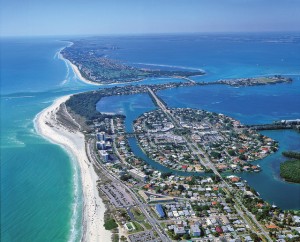 As we begin our final quarter of 2013 and analyze the extraordinary recovery the Sarasota Real Estate market has experienced this year, it is hard not to feel optimistic about how this year will close and what trends will be setting the pace for 2014.

My reports all through 2013 have been filled with data reflecting the improving housing market, and outlooks both from my own research and also as reported by the country’s leading industry and economic experts suggest continued positive growth.  The evidence supports that we are in a period of sustainable and stable market growth.  Despite some factors such as rising flood insurance rates, increasing interest rates, consumer concerns about our government and the economy, and rising home prices, the Sarasota Real Estate market seems to be unaffected by these to date.  After three quarters of improvement in all housing price segments, and in virtually every variation on market measurements, it is hard not to be bullish when looking forward to our fourth quarter, which also marks the beginning of our peak selling season in Sarasota.

A number of September statistical reports were delayed due to the recent government furloughs, however for all that have been released so far, despite it being a traditionally slow activity month here and in many areas around the country, improvement over prior year continued.  National home sales rose for another month with a 17% increase over prior year.  Florida sales also rose 17%, the 22nd month in a row that the State has shown growth year-over-year.  Remarkably, Sarasota surged ahead of last September’s sales by 22.5% and number of days listings are on the market before going under contract has dropped by 14% from last year.

Median sale price also continued its climb with Sarasota’s single-family home median rising 18.5% and condos up 11% from the same September 2012.  According to the most recent report from TrendGraphix, Sarasota’s list-to-sale price continues to improve with September averaging about 92% for homes that went under contract, about a 5% increase over last year.  The national trend in median prices also showed improvement, with a rise of 11.7% over prior year.  Zillow recently released its last quarter projection of home price increases, which they believe will start its moderating and settle between 6-7%.  Nationally that may be a reasonable assumption, however here in the Sarasota area, and given the heightened demand in the fall both due to higher tourism activity and a desire to take advantage of year-end tax benefits, I expect our price increases to continue their climb at a pretty consistent pace with the balance of this year.

Inventory will persist as the most important driver of our market through our last quarter and into 2014.  With the Sarasota area sitting with barely three-months of supply and the flow of newly constructed homes still not back to pre-recession capacity, prices are expected to continue to rise as a result.  The Sarasota region has 25% less housing units available for sale today than it did at the beginning of 2013.  We have successfully reduced inventory more than 70% from its all-time high of 9,500 units four years ago.  The good news is that the inventory compression is bringing higher prices for sellers, shorter list-to-sale periods and closer list-to-sale prices.  For sellers, as reported this week by “HousingPulse,” each non-distressed property being sold is now seeing an average of 2.2 offers.  Now is not the time to procrastinate or dally if you are a buyer, especially for those who have a real need to find immediate housing and for those looking for best-value investments.

Most of my readers are aware that the majority of my practice occurs in the luxury segment of Sarasota real estate.  Michael Saunders released an excellent article this week on the strength of our local higher-end market.  She says, “During the first three quarters of 2013, sales of luxury properties priced above $1 million in Sarasota and Manatee Counties rose 26% over the same period in 2012; and were up 53% over the first three quarters of 2011. (Source:  Trendgraphix, October 2013)”   In addition to our agents remaining the largest brokers of properties over $1 million in this region, our firm has represented 23% of all market sales in the last 12-months, with the closest competitor at 15.5%.  In Michael Saunders’ article she describes more about what our firm is doing to continue to make us the go-to agents serving the Sarasota Real Estate market.  You can read it here.

As Sarasota Real Estate inventories begin to be restocked bringing the market closer to a six-month supply, which is considered a point of equilibrium, along with moderating price increases that will come with an easing of the current supply shortage, the market picture looking forward to our traditionally peak spring selling season offers signs of continued strengthening yet more stabilized growth.  Whether a buyer or seller, it is a sensible time to consider making your move into or out of a property that you may have been deliberating over this last year.  Please call me to discuss your personal needs!

The following statistical data is provided through the Sarasota Association of Realtors by agents within our local board. The table summarizes what happened in each price segment. The Sold, Pending Sale and Listed columns are sales and new listings for the month of the report, and the Pending Total and Listed Total are the current totals of each. YTD (Year to Date).