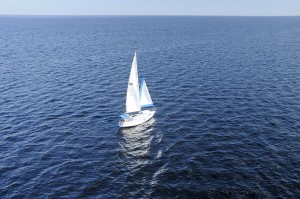 The traditional peak season in Sarasota Real Estate has passed and left in its wake a strong foundation.  Knowing that residual sales from our peak selling season are still yet to be closed helps to shape the confidence we have for the softer selling periods ahead.  Pending contracts grew 4% in April setting up an excellent path for a healthy “shoulder season” and signaling a strong summer, as well.

As mentioned in several of my previous posts, Sarasota’s real estate recovery is unique, confirmed by the news that national pending sales last month were reported to have fallen 9.2% and Florida pending sales dropped 1.1%, both in contrast to Sarasota Real Estate’s growth.  While the U.S. scene is still causing economists and real estate experts to offer mixed opinions on whether the market is truly on a course of recovery, in our area all signs are positive.

The national data on April sales showed a drop of 4.2% compared to last year, while here in Sarasota we experienced the second highest number of sales in our history, and grew more than 4% compared to April 2013.  The last time sales were this strong was in April 2004 when just 28 more closings occurred, before the real estate boom and its rapid appreciation.

As inventory continues to linger under the standard set for a “balanced” level of six-months of supply, prices are inching higher due to the demand outpacing supply.  According to TrendGraphix,median prices for single-family homes in Sarasota rose 4.4% and condominiums grew nearly 17%when measured against the same month last year.  The median price for single-family homes sold in April 2014 were $196,250 and condominiums were $183,500.  When comparing a rolling 12-month period, homes rose 15% and condos almost 9%.  The price growth reported for April sales throughout the State of Florida was up 6.1% compared to last year, whereas in Sarasota our total median price for all housing types increased 9.1%, again suggesting that we do indeed have unique conditions in our market allowing us to best much of the rest of the nation.

Inventory of single-family homes has climbed by a stunning 28% since the same time in 2013, yet condominiums are growing at a much less significant 4.6%, which is clearly the force behind the faster pace of price escalation for condos in the Sarasota Real Estate Market. For the housing segment under $500,000, the market has less than two-months of supply, well below the six-months considered to be the point of equilibrium.  In the luxury market, the set priced above $1 million, Sarasota now has just 14.8-months of supply.  At the peak of our weakened real estate market, Sarasota had more than 58-months of supply.  In the luxury arena, the current level is well below what experts believe is a balanced market between buyers and sellers.

I am hopeful that those luxury home sellers who were waiting for the “right time” to list their properties will sit up and take notice…and bring their homes to market!  I feel strongly that Sarasota is still a fantastic bargain at the luxury level compared to other highly desirable communities throughout the state, confirmed by the increased number of buyers I am working with who are at this price tier.

Distressed and bank-owned properties were expected to plague our market for some time.  In fact, as reported by the Sarasota Association of Realtors, distressed sales have fallen 25% as a percentage of total sales over the last year.  In April distressed sales represented less than 17% of all closed sales, well below the 50% level experienced in 2011.  Short sales have also seen a considerable decline, and in April there were only 45 transactions recorded compared with 107 at this time last year.  With fewer distressed properties in inventory, there is less downward pressure on prices.

National reports indicate that mortgage delinquencies have decreased for four straight quarters and that the percentage of loans in foreclosure has fallen eight straight quarters.  Average prices around the country are climbing, too.  This is great news for the Sarasota Real Estate Market as the added equity that our northern prospective buyers have in their properties is giving them confidence to invest in second homes in our area or consider relocation, resulting in the opportunity for our own area property owners to have the opportunity to make the investment in their own new residence.

While the heavier traffic looking at properties has subsided as the tourism season has waned, I look at this time of year as one of the most productive.  The “tire kickers” have gone home and committed buyers are here.  These late spring and summer buyers also tend to move more quickly with their decisions.  Our Sarasota Real Estate Market conditions are excellent, and as mortgage rates remain low, new inventory is added and the pent-up demand stays strong, it appears that we can enjoy calm waters as we sail into the summer selling season!

The following statistical data is provided through the Sarasota Association of Realtors for properties throughout Sarasota County. The table summarizes what happened in each price segment. The Sold, Pending Sale and Listed columns are sales and new listings for the month of the report, and the Pending Total and Listed Total are the current totals of each. YTD (Year to Date).