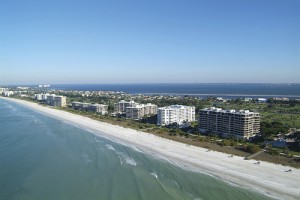 The increase in Sarasota real estate sales and especially the reduction in inventory remain hot topics. With statistics for the area’s April transactions recently released, it is hard not to continue to be optimistic about the housing market recovery in our region.

Key details collected from the Sarasota Association of Realtors data revealed that April sales in all price categories rose 14% over last year. That gain is quite impressive given the previous months of growth and the shrinking available properties on the market. Remarkable sales volume took place in the $500,000-$1,000,000 category with a more than 25% improvement over the same 4-month period in 2011. In the greater than $1,000,000 set, we saw a rise of nearly 8% year-to-date.

For many months now the news has been shared that the lower priced properties have been snapped up in record numbers. The month of April was no different with yet another increase in volume compared to previous year, with 14% more properties changing hands. Total listing inventory in all price points is now sitting at 7% less than last month, 11.5% less than January 1 of this year and almost 27% lower than April of 2011, an incredible drop and a statistic that will affect pricing in every category going into our shoulder/summer selling season.

A real estate market is considered balanced and neither an advantage to sellers or buyers when supplies are at 6 months. With our area sitting at 5 months of inventory based on April closings, this would normally lead to pressure being placed on prices, which is especially expected to happen in lower price points and specific most desirable neighborhoods. It was reported that the last time inventory was this low was in 2004. And with 11% less properties coming on market in April compared to March, and for all of the reasons supported by the market data revealed in my report, you can see that now is an excellent time to consider listing your property.

Based on the April closed sales, there are now just 3.5 months of inventory for properties listed under $500,000. In the segment between $500,000 and $1,000,000, there is an 8 month inventory and over $1,000,000 the available inventory is an 18 month supply. In higher priced categories, a market equilibrium is measured at a considerably higher months-of-inventory level, with experts suggesting anywhere between 12 to 18 months as being the norm.  In her weekly post, Michael Saunders further confirms the “Inventory Drain” with data from the April month-end Trendgraphix report.  It is attached HERE for your review.

One last morsel of substantiation of our recovery is that our monthly average of 688 closed transactions so far in 2012 is the best since the boom year of 2005 and 5% higher than the 2011 average. The Sarasota real estate market continues to gain momentum and there is excellent evidence in the recently released data, as noted in this report, and it appears there’s not much standing in the way of continued positive progress. With all of these indisputable signs of headway, it would be difficult to resist being most enthusiastic about the coming selling season.