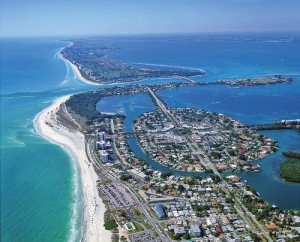 The narrowing inventory of homes in the Sarasota real estate market is becoming the most hotly reported news recently.  My last several posts have cited data that indicates a very real drop in available, move-in-ready properties and the effect the situation is now having on housing prices is quite significant.  The current level of inventory in the Sarasota area is hovering at a near decade low of markedly less than the “equalizing” point between being a seller’s and buyer’s market, typically believed to occur at 6 months of available properties.

The Sarasota Association of Realtors reported in its first-quarter figures that there are only 4.8 months of inventory for single-family homes and 6.7 months of supply of condos.  Laura Benson, SAR president is quoted as saying, “It’s great to see that we’ve come so far from the days of 2008, when months of inventory hit 25 months for single family and 40 months for condos.”

With the considerable sales activity seen in the last several months along with the strong summer pre-bookings for visitors being declared by the tourism sector, it is firmly believed that the occasional incidence of multiple offers coming in on well-priced/well-located properties will escalate.  Prices are already showing recovery with single family coming in at 21.4% higher and condos up about 30% from a little over a year ago.

New home construction had slowed to a near halt these last few years and, though permits for building were reportedly up 60% in the first-quarter of 2012, it will take some time to create enough inventory to cause equilibrium between the supply and demand to return.  Michael Saunders wrote of anxious buyers and the need for sellers to adapt to this new energy and, if they have been hesitating to list their properties to consider doing so now, “while the buyer demand is here, now and very real.”  You can read her posting here.