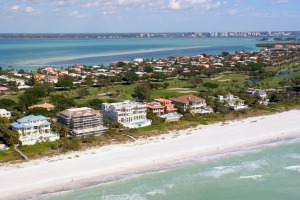 It has been 12 years since the height of the Sarasota Real Estate “boom” and eight years since what most consider the bottom of the “bust.”  According to housing industry experts and economists, many indications across the country are pointing to a “fully recovered” market.  However, there are so many variables within each micro/metro area, is it possible to actually define what makes a market whole again?

I took a look at just one of the many reporting tools I use to analyze the Sarasota Real Estate Market each month, Trendgraphix, and came away with some pretty telling statistics of the boom-to-bust and back again period that I thought you might find interesting.

There is no question that 2017 brings some measure of uncertainty as the economic policies being bantered about in DC will all take time to make it through the legislative process.  How much effect the changes will have on the 2017 Sarasota Real Estate Market is impossible to know at this time.  Experts feel confident that the stimulus policies that are being reviewed will grow jobs, which is expected to translate into greater financial stability and buying potential.

The international economic and political environment are also a potential disruptors.  As the value of the dollar rises there are expectations that investors may look to other global destinations where their money will go farther, but there are others who believe that those with money to invest, still see both the U.S. in general and the Sarasota Real Estate Market in particular are not only a safe place the “park” their cash, but also one where the value of their investment will continue to grow.

New homes including single- and multi-family will remain strong, based on homebuilder association reports.  New home sales in 2016 grew 12.2% nationally over prior year.  Rising building material costs, continued labor shortages and difficult regulatory issues in many areas cause some concern for builders, but generally it appears the industry remains bullish on the demand for new properties.

Determining whether the Sarasota Real Estate Market is “fully recovered” is not a simple task.  Have our sales remained consistent? Yes.  Have the median and average prices had stable growth? Yes.  Is the gap between months of inventory and demand narrowing? Yes.  Are pending sales showing potential for solid months ahead? Yes.  These and other key indicators all point to a healthy housing market – but what does/will “fully recovered” look like?

The following is data on December’s activity, which added to the steady improvement in the region’s housing market during 2016.

With the continued decline in distressed inventory and sales, the market is less influenced by that segment of transactions, but it still does have impact.  The data below includes all sales in the market, but when looking only at “traditional” sales in the Sarasota Real Estate Market, single-family homes saw an increase of 3.2% transactions and condominium sales increased 19.6%.  Based on the activity that I have witnessed in the last eight weeks, demand for our region is as high as I have ever seen it, leading me to believe that our peak selling season ahead will be impressive.

The National Association of Realtors is projecting median prices to grown 4% in 2017, about the same as 2016.  Experts who watch the Sarasota Real Estate Market expect our region to perform better than the rest of the country, and that growth will be steady.

As homebuilder confidence remains high, we can look for additional narrowing of the gap between a seller’s and buyer’s market.  The prices for new homes tend to be noticeably higher per square foot when compared to existing homes and condos.  Though new construction of luxury condominiums is robust, especially in the downtown Sarasota core, we also have a good number of existing luxury condos on the market.  I have seen quite an interest from local luxury home and condo owners on the islands and in downtown purchasing in the newer buildings, leaving behind some very attractive units to meet demand.  In the luxury price tier, inventory is adequate to meet demand and I believe we will see some strong sales this season.

As you look back over 2016’s local, regional and national data, it does indeed appear as though the housing market is seeing more “normalization” as some analysts call it – meaning that the peaks and valleys of these last many years have diminished, the balance between available inventory and demand has narrowed, household net worth has gained strength bringing more buyers back into the market, unemployment has fallen allowing more people at the entry-level of the market a chance at the “American dream” of owning a home, interest rates are likely to increase (though not measurably and remain well under MANY of the last few decades,) and the country appears to be back on track for greater economic gains resulting in growing GDP.

What are some of the other “2017 predictions” coming from the national market experts?  Technology is now impacting sales.  It is said that with the ease of accessing listings online and contracting happening electronically, it is expected that there will be a quickening of the pace of a sale from viewing through contract.  And, of course, the hot topic of interest rates cannot go unmentioned.  To put into perspective the expected 2017 year-end rate of 4.5%, the average interest rate over the last 50 years is 8.26%.  4.5% doesn’t look too bad when you compare.

Also often mentioned by industry analysts is the desire (and capability) of the eldest of the millennials to buy their first home.  For the baby boomers, whose home equity has grown significantly in the last several years, there is strong interest in moving up and/or purchasing vacation and retirement property.  Both generations will bring many new buyers into the 2017 marketplace.

While it appears that the Sarasota Real Estate Market has had explosive new home, condo and apartment building in the last couple of years, it’s important to remember that new building came to a virtual standstill for nearly a decade.  Sarasota’s current balanced inventory conditions compared to much of the country where inventory is still woefully short of demand, will serve us well in the coming year by keeping our pace of price escalation at a moderate pace.

Analyzing The Sarasota Real Estate Market conditions has provided me essential insight to aid both buyers and sellers in achieving their objectives in today’s environment.  The value of a highly experienced, locally as well as globally connected agent/broker, and a skilled negotiator and advocate cannot be understated in this very competitive market.  I look forward to working with you, your family and friends in this exciting year ahead!