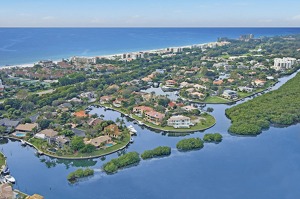 Prices Still on the Rise – Can it Continue?

The Sarasota Real Estate Market saw yet another month of double-digit year-over-year median price growth.  Repeating a statement made in my last month’s market report, the median sale prices in Sarasota fell 60% at the floor of the market collapse.  Since the lowest median prices were recorded in 2009, Sarasota has regained about 40% of that dip.

Also important is that for the last several months, despite the significant increase in median price over prior year, the month-to-month growth is relatively steady and showing no signs of being frenzied or adverse.  So, in answer to the question posed in this month’s title – YES, in my opinion the Sarasota Real Estate Market is growing at a healthy pace and YES, there is adequate room for median prices to continue to rise at the moderate pace we have been seeing in recent months.

It would have been hard to miss the many recent articles reporting that February 2016 had fewer transactions than last year.  The Realtor Association of Sarasota-Manatee reported that the number of sales in the Sarasota Real Estate Market fell 6% in February compared to the same month last year, and 3.6% for the first two months of the sales year compared to 2015.  However, it helps to also review the Sarasota Real Estate Market in more detail to truly understand the impact of a calmed sales pace.

With our sales activity holding relatively steady to last year, I believe the Sarasota Real Estate Market is an example of health and sustainability, and ripe to meet market projections of 5% increase in sales by year-end and price appreciation in the 10-12% range for all types and price points combined.

Looking at the real estate market on a more macro level, The Conference Board released its March consumer sentiment survey this week.  According to their report, Americans are very optimistic of the business market conditions going into the next six months.  This sentiment is important as there is a proven strong relationship between the financial market performance and sales of luxury properties.  For the mid-market, a strong jobs picture and growing manufacturing affects housing decisions, and those are both also showing positive consumer attitudes.  In our microclimate here in Sarasota, add the years of underproduction of new homes and condominiums that caused tightened inventories, attractive interest rates, a steady flow of new listings coming online, and recovered home equity for would-be buyers, and I anticipate that the Sarasota Real Estate Market has the foundation it needs to stay on its steady upward trajectory.

The following data reflects reporting through the local, state and national realtor associations, as well as a number of other statistical providers nationwide.  There are never a shortage of data and expert opinions, as the real estate market represents one of Florida’s strongest sectors of the economy, and it will always have the economists and media’s attention!

As discussed in this newsletter’s introduction, sales did decline compared to previous year.  Closings in February reflected contracts signed in November, December and January.  During those months inventory had many fewer available properties than prior year and less than we have listed now.  The low inventory would naturally affect pace of sales.  With the increase in new listings in the last couple of months, I see sales pace increasing in the months ahead.

According to the Realtor Association of Sarasota Manatee, the pace of contract signings in February was up 13% from January but down 18% from the previous year.

This is a metric that is important to monitor since it tends to be a predictor of closings over the next 30-90 days.  With increasing inventory I expect we will see our pending sales numbers growing in the coming months.

Escalating prices are indeed a hot topic.  Financial experts and market pundits are asking whether we have reached an unhealthy pace.  In my opinion…no.  As reported earlier in this newsletter, the increase over prior year appears quite dramatic, however month to month the increases are moderate.  In the last six months median prices have grown just under 13%, and since December year-end prices have increased 5%.  This pace of appreciation adds to my confidence that the Sarasota Real Estate Market activity is healthy and our growth is sustainable.

Inventory appears to be showing signs of consistent growth.  This is something that was desperately needed in our market to help to meet buyer demand, as well as temper price growth. In February, the Sarasota Real Estate Market inventory increased 8% from January month-end and 22% from year end 2015.

A recent census study revealed that Florida continues to be a top choice for second homes and relocations.  For The Sarasota Real Estate Market this data reflected very similar demographics to our tourist population.  The leading outbound states for home buyers are New York, New Jersey, Illinois, Connecticut, Ohio and Massachusetts.  Why is this important?  The visitors here this record season are our future buyers.  Just another supporting element in my confidence that the Sarasota Real Estate Market will maintain its current strength.

Back to the subject of this issue of The Moulton Sarasota Real Estate Report – prices continuing to rise.  When compared to the peak of the last cycle, Sarasota’s median prices are still 30% below that point making our area still “affordable” by historic standards.  Inventory appears to be improving, and new home starts are rising rapidly bringing more new product to the market to meet that demand.

In the luxury market, the domain where most of my transactions occur, buyers are seeking culture, better climates, the trends are moving toward desiring convenience and walkability to favorite eateries, shopping, galleries and performance venues.  It is becoming less about size of property and more about location and nearby amenities.   Sarasota offers abundant choices for the luxury buyer.

With last year’s sales activity averaging more than 30 closings a day in Sarasota, listing–to-contract windows shortening, and price increases expected to continue, buyers and sellers need to consider the potential cost of waiting to make their move.  Isn’t it time for you to make yours?

The following statistical data is provided through the Realtor Association of Sarasota and Manatee for properties throughout Sarasota County. The table summarizes what happened in each price segment. The Sold, Pending and Listed columns are sales and new listings for the month of the report, and the Pending Total and Listed Total are the current totals of each at the report’s month end.