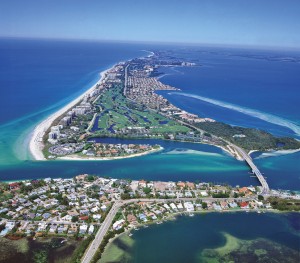 Moderation is defined as a lessened intensity or extremeness; less violent, severe, excessive or intense. The Sarasota Real Estate Market has established a position of moderation in nearly every category of data used to analyze the health of housing.  The tempering of the extremes that were seen in 2013 of wildly rising prices and volume of sales has been opined to be the result of cash inventors, government incentives and other unique events.  The trends we have experienced year-to-date in 2014 have led to well-balanced and sustainable conditions.

The National Association of Realtor’s reports for the month of August 2014 have analysts somewhat perplexed, many even discouraged, and even others calling data “troublesome” with statistics pointing to falling prices and fewer sales.  As is typical, Sarasota’s Real Estate Market reflects a different picture than when looking at a more global perspective.  Real estate markets in regions such as ours are very often their own microclimates, reflective of the distinctive factors, and even the extreme effects of the market tumult that we experienced the Money Star spins over the last decade.

There are a variety of resources that I tap to monitor our Sarasota Real Estate Market health.  Each one has shown impressive data:

Here are some additional local statistics with state and national comparison included to give my readers a greater graphic of how well the hyper-local elements of the Sarasota Real Estate Market are performing.

The stable and consistent trends in the Sarasota Real Estate Market aided by low interest rates, consumer and builder confidence, home equity gains throughout the nation, and especially the promise of exciting new inventory entering our market in the next 12-24 months, gives me confidence that Sarasota’s Real Estate Market growth will continue.  The balance of this year should see steady increases in sales, prices and inventory, which will lead to impressive results during our peak winter and spring sales seasons.

With the tourism season expected to reach record levels and the volume of inquiries I am receiving already showing signs of surpassing last year’s high-level of activity, for those property owners considering selling, this is the time for us to be discussing a listing.  The process of getting a property on the market can take a few weeks so the sooner you start the more chance we have of introducing your listing to the real estate community in time for season.  In addition to the adage “location, location, location,” timing is everything!