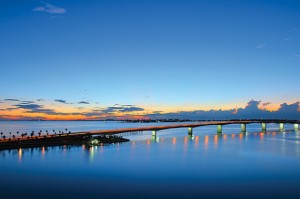 With fresh listings of new and existing homes filling the supply gap, The Sarasota Real Estate Market is primed for the peak selling season ahead.  We have been lamenting low inventory for the last couple of years, but the balance between supply and demand is finally narrowing, presenting buyers with more options to choose from.

These last few weeks have been extremely active – more so than we have seen in many months.  Whether the reason is post-election energy, response to the stock market rise, concern over the prospect of rising interest rates, value of the dollar against other global currencies or many other possibilities, buyers and sellers alike seem to be ready to take action as the year comes to an end.

October’s Sarasota Real Estate Market data has been released and after analyzing the information that I receive from a number of sources, and also reviewing economic and housing expert reports, the region appears to be well positioned to produce continued growth in sales and sale prices as 2017 gets started. Though the total number of units sold in October fell slightly below last year’s sales, dollar volume of transactions continued to be pacing ahead of 2015 year-to-date by approximately $100 million.

Median prices are growing consistently, and are expected to stay on the same steady path upward as we move into the time of year where the bulk of our transactions get underway.  Tourism projections for the coming peak winter/spring months are favorable, which bodes well for the real estate market since a large percentage of our buyers begin as visitors.  Reports of record numbers of new condominiums and homes being completed and ready for occupancy has created a positive impact on inventory and is beginning to ease the pent-up demand for newly built properties.  With continued strong demand and inventory issues easing, The Sarasota Real Estate Market is primed for season!

Sarasota Real Estate Market transaction volume moved slightly downward on October, however after distressed property activity is removed from the data, another picture emerges.  Foreclosure and short sale transactions are 60% below last year’s numbers, which has resulted in considerable downward pressure on the total numbers.  When “traditional” sales are looked at independently, single-family home sales increased 8% and condominiums rose 5.1% compared to last October.

The median price of a home in the Sarasota Real Estate Market continued its climb, though it should be noted that our region is still not back to the peak pricing of the pre-recession period, and is still on a moderate trajectory leading industry experts to define our market as one of the healthiest among our MSA comps.  National economists are projecting median prices to grow 3.5% in 2017, after this year’s 4.8% median price increase.  Florida and our regional experts are suggesting that we may see increases in the 8% range in the Sarasota market.

Inventory remains the key market influencer.  The Sarasota Real Estate Market has seen consistent upward movement in housing stock this year, something that was badly needed to help to bring the region into a more balanced market position.  Though still below a traditional 6-month supply, which is believed to be neither a seller’s nor buyer’s market, the seeming surge in new inventory is necessary to fuel sales in the coming peak sales season.  In fact, given that inventory of well-located properties in superior condition remains quite tight, some would-be sellers are still holding back on listing their properties, because of concern that they will not find what they’re looking for in a new home in the same time it would take to sell their home.  Another conundrum our area has been facing.  I still encourage my prospective listing clients that there are some incredible properties that are well-priced and available now – it’s time to act before our seasonal shoppers arrive!

New home sales both regionally and nationally have grown considerably this year.  With new home sales pacing nearly 20% ahead of last year and prices also steadily increasing, some of the pent-up buyer demand is being met.  However, it is reported that new home sales only represent less than 12% of total sales, down from about 24% pre-recession.  With demand for new homes strong, labor supply is tightening and economists are warning that new home prices are likely to rise considerably in 2017.

There are many new homes and condos in the Sarasota Real Estate Market to choose from, but with an estimated 80% of new homes sold before completion, I encourage my clients seeking a new home to act sooner rather than later.  I have recently toured nearly every new luxury home that has come on the market in the preferred areas where my luxury clients are targeting their search, and I can say from my first-hand look, there are some stunners out there…but they won’t last for long!

With a new presidency will come a change in a wide range of policies.  Most economists are suggesting that the strategies being discussed will boost economic growth, and are even predicting the first multi-year sustained rate of inflation over 2% since 2007.  Compared to the 1.5% inflation over the last year, there is no question that it will have an effect on the real estate landscape.

A key change expected is that interest rates are anticipated to rise.  Given that today’s interest, which is below 4%, is the lowest (by a pretty wide margin) of each of the last four decades.  Experts advise that the increase will be measured and they do not see it having a negative impact on housing unless rates reach 5% or higher, which they believe to be very unlikely in the short-term.  At the same time, lending guidelines are expected to change allowing for more Americans to qualify for mortgages, and for lenders to get out from under some of the most onerous regulations so they can help more able homeowners achieve their dream.

With our key selling season just ahead, not only is the Sarasota Real Estate Market primed, but I also expect the continued consistent entry of new inventory will help to keep our market conditions more balanced than we’ve seen over the last few years, and that prices for all properties will maintain their steady climb. With the prospect of a healthy national economy in the coming year, and the attraction of the quality of life that Sarasota offers – that only gets better year after year – I believe that our real estate business will remain healthy through the end of this year and well into 2017.