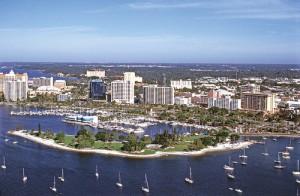 I hope that you enjoyed your holidays and created many lasting memories with family and friends, and wish you a healthy, happy and prosperous New Year!

The final data for 2016 has yet to be released, but November statistics revealed that the previous couple of months of tempered activity in the Sarasota Real Estate Market turned quite briskly.  With the number of sales transactions near or below the same month last year for the months leading up to November, the trend pivoted.  Total sales exceeded November 2015 by 6.7%.  Also important was that the number of pending contracts signed rose nearly 29% when compared to last year’s activity for the same month.  Contract signings are up for both October and November, which appears to be signaling a strong year-end and start to 2017.

While new listings coming online were similar to the pace we’ve seen most of this year, they fell short of replenishing the sold and under-contract properties, leaving the Sarasota Real Estate Market shy of a balanced market.  With the market still leaning toward a seller’s market, prices would be expected to continue their climb, and as a result dollar transactions exceeded the increase in unit sales, with a total dollar volume of transactions nearly 8% higher than last year.

The Sarasota Real Estate Market and reportedly across much of the U.S. in the month leading up to the presidential election seemed to pause awaiting the outcome.  Whether specifically tied to the end of the election season, anticipated economic growth under a new administration, expected easing of onerous regulations that affect the housing and financial markets, pro-growth policies and initiatives likely coming from Congress or many other speculations, consumer confidence reached its highest level since August 2001 according to the Conference Board’s most recent report.

Housing industry experts and analysts predicted correctly the mortgage rate increase that occurred early last month, which some say may have contributed to higher sales in November as buyers tried to lock in low rates.  As the year progresses, rates are projected to reach 4.5%, but with a growing economy, job and wage growth, and improved home values experienced over recent years, economists are not concerned that a rise in rates will have a negative effect on the market – especially since interest rates are still at historic lows.  How many of us remember our 17% mortgages in the early 1980’s?

The Sarasota Real Estate Market’s solid fundamentals, enhanced by a growing population, strong local economy and jobs market, and incomparable quality of life will likely reflect in year-end reports coming out strong, and help to ignite an active selling season through the spring of 2017.

As stated, The Sarasota Real Estate Market’s November unit sales were strong, with “traditional” (not including distressed inventory) increasing nearly 14% over the same month last year.  With pending contracts also rising considerably over prior year, it appears that we will have healthy improvement over last year for December and likely January, as well.  The highest volume of change in the market occurred in the $300,000-$999,000 price tier.  Many national experts cite our region as one of the most desirable for livability and economic stability, and on a population growth path that is expected to continue uninterrupted for the foreseeable future.

Median prices on the whole increased in The Sarasota Real Estate Market, with single-family homes posting an increase well above state and national growth, while our condo market median price tempered from its surge that had been seen in many of the months of 2016. Prices in our region, as I have noted in previous newsletters, were reported to have fallen at one of the nation’s highest percentages during the recession.  Despite our continued median price growth, we are still not matching what economists say is the natural escalation based on average GDP, so I do not believe that we are at all near a point overpricing in the regional housing market.  Average sale prices are more than 95% of list price, which indicates the market is reasonably accepting of the current prices.

The supply of single-family homes and condos in The Sarasota Real Estate Market increased again in November, which has been the case for most of 2016.  However, with the volume of sales and pending sales growing at equally impressive levels, total inventory remains below demand.  While there is just a 4.4 month supply of single-family inventory and 5.4 months of condo inventory, we are inching closer to market equilibrium, which is marked by a 6-month supply of product, at which time it would be expected that price increases would slow.  As we enter our peak selling season, I do not anticipate a shift from a seller’s to a buyer’s happening in the near-term.

The Homebuilder Association’s recent poll of its members showed confidence at the highest since 2005, signaling continued healthy growth in new homes and condominiums.  And while inventory is still favoring sellers, I expect the gap will edge closer to equilibrium as 2017 progresses.  Home prices will grow through the year, though at a more moderated pace than the last few years, and tapering off slightly as we enter 2018 and inventory begins to balance between supply and demand.

With our new administration having a keen understanding of the important role that real estate plays in the economy, I am quite bullish on the 2017 housing industry, and especially The Sarasota Real Estate Market.  Though global markets and incidents are always a threat to economic stability and cannot be ignored, Real Estate is a “local sport” and ours is well positioned to weather uncontrollable outside disruptions.

Analyzing The Sarasota Real Estate Market conditions, neighborhood activity, the new homes market and responding to a noticeable rise in buyer traffic has provided me essential insight to aid both buyers and sellers in achieving their objectives in today’s environment.  The value of a highly experienced, locally as well as globally connected agent/broker, and a skilled negotiator and advocate cannot be understated in this very competitive market.  I look forward to working with you, your family and friends in this exciting year ahead!