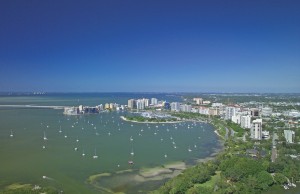 The Sarasota Real Estate Market’s spring selling season is winding down, but some of our strongest months are still ahead. Traditionally, May, June and July are when buyers who viewed properties in our peak season make their offers and close on their new properties. So far this year, sales have been 8.7% higher than 2017’s first quarter, and based on the traffic that I have seen, I believe our market will not only maintain its energy and continue to produce growth in sales and prices, but also retain our balanced conditions.

As stated in past reports, I keep a close eye on the luxury market, which is defined as properties above the $1 million mark. In March, the Sarasota Real Estate Market saw 42 single-family homes and 38 condos change hands in the luxury price tier. 67 homes and 26 condos at the price point came to market, essentially maintaining status quo as far as available properties are concerned. In the first quarter of 2018, million dollar transactions were about 6.7% of total sales in the Sarasota Real Estate Market. It is important to note that the luxury market tends to have less peaks and valleys of seasonal demand when compared to lower and mid-market tiers.

Much of the country is facing severe shortages of inventory, and despite last month’s slide in new listings in all price points in the Sarasota Real Estate Market, the region is still in a stable position with more than four-months of single-family homes and nearly five-months of condos available for sale. It is not entirely unusual to see a softening of new inventory coming to market at the end of season, as sellers often take their properties off the market to reassess pricing, make repairs that were obstacles to buyers, to hold through the summer and await the next peak tourist season, or because they themselves were not able to find the “move-up” or “move-on” property they were seeking.

Because the Sarasota Real Estate Market remains a seller’s market, meaning having less than six-months of available inventory which is the presumed balance point between buyers and sellers, prices continue to grow. Single-family prices increased 9.3% and condos 4.3% from prior year, and while that sounds like fairly hefty growth, prices are still within range of the pace of growth that Florida and the rest of country are experiencing. In addition, though we are closing in on pre-recession home price levels, there is no need for alarm. This region experienced such dramatic loss of housing values that I believe there is still plenty of room for prices to grow before any concern is warranted.

For a snapshot of data from the Sarasota Real Estate Market as it compares to previous year and also state and national statistics, see below:

The Mortgage Bankers Association recently reported that the 30-year fixed mortgage rate was at its highest since August of 2013. However, even at 4.58% they said that mortgage applications were up 11% compared to last year at this time. The generally solid economic news, growth of homeowner equity resulting from prices rising across the country and steady investment growth, leads experts to opine that they do not anticipate the rising interest rates to diminish demand for housing.

Last month’s survey of home builders once again showed confidence in continuing a steady pace of both new multi-family and single-family development. With a steady in-flow of new product in the Sarasota Real Estate Market, price growth will remain moderate as demand still exceeds both existing available inventory and pace of new housing completions. In fact, the pace of home price increases is reported to be back on a similar track as was seen for the 15-year period preceding the financial crisis, when annual growth averaged 6.1%.

As the traffic and high-season pace of activity in the Sarasota area begins to ebb, I want to remind all of my non-resident readers that this area has so very much to offer in the “softer” shoulder and summer seasons. The wide variety of performing arts, stunning exhibits at our galleries and facilities such as Marie Selby Botanical Gardens’ Andy Warhol feature and the ever-thought provoking Embracing our Differences on the downtown Bayfront, endless activities on the water and at the beaches, beautiful golf courses and so much more make this one of my favorite times of year. Consider coming to see for yourself why investing in the lifestyle that is Sarasota is something truly like none other – every season of the year!

Having assisted clients in the region for more than 35 years, I have the knowledge and experience to guide my customers through the labyrinth of searching for or marketing and selling a property in a relaxed and rewarding manner.

As always, I look forward to serving you, your family and friends with their real estate needs.

View all of Michael’s Listings HERE