The Moulton Sarasota Real Estate Report – Not Your Ordinary January 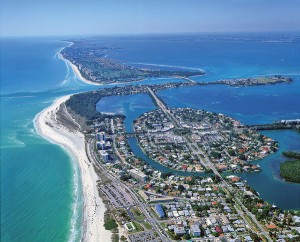 While much of the nation is battling the coldest and snowiest winter in recent years, Sarasota has enjoyed a beautiful winter. Mild temperatures and low rainfall have encouraged buyers to start 2015 with more homes under contract than have occurred in any January that I can find on record!

Though sales in The Sarasota Real Estate Market for the month were generally equal to last year, the higher tourist traffic, rebounded home equity, consistently high ranked quality of life in the region, “right-pricing” of available inventory, concern of a continued short supply of well-located properties, anxiety over impending increases in interest rates and housing prices, and other factors appear to have pushed buyers to sign more contracts than ever.

Sarasota Real Estate’s luxury sector is where the majority of my activity occurs, those are properties priced at over $1,000,000.  Considerable growth has been seen since last year in this segment.  The median price in the category was $1,750,000 in January, 8% higher than last year.  Inventory has seen a slight increase, with 4.7% more homes to choose from.  Pending sales in the month of January rose more than 20% over January 2014.  These trends mirror much of last year in the more expensive end of the Sarasota Real Estate Market, and lead me to speculate that 2015 will see continued growth in the luxury segment.

The number of properties sold in January, compared to previous year, dipped slightly.  However, last January’s sales hit the highest volume of the last 15 years, and January 2015 is second highest by a considerable margin over #3.

As noted in my opening remarks, the Sarasota Real Estate Market experienced remarkable activity in pending contracts.  Contracts typically take several weeks to negotiate after buyers make their first offer.  Given our extremely high traffic in late November and through December, I am not surprised to see this record number of contracts written in January.

Median Sarasota Real Estate prices have continued to grow at what I consider to be a healthy pace.  The growth in prices is moderate, and consistently grows each month.

The favorable conditions in the Sarasota Real Estate Market appear to be encouraging would-be home sellers to put their properties on the market.  Though the area has still not reached the “statistical” balancing point between buyers and sellers, which is considered to be six months of supply, the market is finally inching back to normal.

The Sarasota Real Estate Market continues to grow at a swift, yet measured and sustainable pace.  With projections for the strongest tourist season in history, more sellers placing properties on the market, interest rates showing only slight signs of increasing in the short-term, prices rising at moderate single-digit percentages, and our region remaining one of the most desirable places to live, work, and play, a strong peak selling season is expected.

And finally, I would like to once again thank my past and current clients, as well as the many readers of my monthly report who show their confidence in me by sending an extraordinary flow of referrals, for allowing me to serve you.

I am proud to be a Top-20 Sales Producer in the Sarasota-Manatee region again this year, which has more than 5200 registered real estate agents. It is my hope that these results are evidence of the professionalism that I bring to each transaction, experience in the market, knowledge of marketplace trends and developments, and individual attention to each of my buying and selling clients to understand their unique needs and expectations.  It would be my distinct honor to assist you, family, friends or acquaintances with their next Sarasota Real Estate transaction!

The following statistical data is provided through the Sarasota Association of Realtors for properties throughout Sarasota County. The table summarizes what happened in each price segment. The Sold, Pending and Listed columns are sales and new listings for the month of the report, and the Pending Total and Listed Total are the current totals of each at the report’s month end.