Moulton Sarasota Real Estate Report – So, What About the Sales Decline in December? 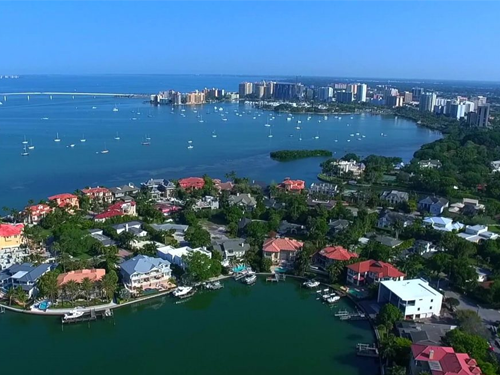 So, What About the Sales Decline in December?

It has been well reported since the data from Sarasota Real Estate transaction sources released their month-end results that indeed the number of contracts signed in December declined 26%, with the largest percentage of decrease in the condominium sector.  In addition, price increases were less than prior months this year in single-family sales, and in condominium sales, again a considerable drop of 12%.  Pending sales in the condo segment also fell nearly 36.9%

While all the above statistics sound a bit startling, we need to look back to last year’s events to determine what may have been in play at that time. December 2018 had one of the highest closing months that I recall…in very large part to the completion and closings at The Vue, in downtown Sarasota. There were 47 condominiums sold over $1 million last December (40 0f them at The Vue,) and this year, just six sold in the Sarasota market.

We cannot underestimate the effects of slowed traffic from tourists – often our source of buyers – during the months of August, September and October, when those signing contracts in December would normally have been in our market. As we all remember, Red Tide was tormenting not just the hotel occupancies in the region, but also, as a result, number of available buyers who seemed to put off their search in favor of waiting until the effects subsided. Our hope is that those same buyers will return to the game and, now that inventories have also grown, we will see a healthy spring season ahead.

One other event that would have affected the middle and lower prices tiers was the rising interest rate in October and November. Again, many of those interested buyers who would likely have closed on homes in December put their search on hold. Now that rates for 30-year fixed rate mortgages have fallen back to 4.64% and the Fed has indicated a strategy for 2019 that may only involve two moderate increases, hopefully those interested buyers will also return to their searches.

I have mentioned the amazing numbers of millennials coming into the housing market before. This population is now in their late-30’s many with established careers and stable incomes, and are ready to put down roots and build home equity. The largest population since the baby-boomers will help to stabilize the mid-market tiers in the next few years.

The demand for new homes remains high and our area builders are responding to it as best they are able in the tight employment conditions. A recent report from Metrostudy for the Sarasota-Bradenton market indicated that new home starts year-over-year grew by 9.8%, and in the 4th quarter of 2018, closings were up 23.4% over previous year. With news of the start of several new communities and additional condominium projects throughout the Sarasota Real Estate Market, I am confident that this fresh product will help to fill the strong demand.

In addition, with the softening of sales, our existing-homes and condo inventories have been allowed to grow to levels that narrow the gap between number of buyers and sellers, giving those seeking a new property more to choose from, and those selling less chance of returning to double-digit price growth as we had seen for much of 2018.

Since early December, I have been incredibly busy responding to both sellers looking to list their properties, and to buyers who are eager to get something under contract. This has been one of my busiest two-month stretches that I remember in a while. The effect of the new tax laws on northeasterners and some mid-western states and continued tax pain in California, has created a flow of buyers, especially at the higher end of the market, that has grown exponentially. After speaking to my colleagues and hearing similar accounts of client interest, it gives me confidence that the softening that we felt in December is not likely to continue in our peak selling months ahead.

And now for my statistical report on December Sarasota Real Estate Market activity:

In today’s somewhat confusing and often volatile economic environment it is easy to become a bit anxious. Having served clients in The Sarasota Real Estate Market for more than 36 years and carefully watching and examining business conditions, I have developed essential insight to aid both buyers and sellers in achieving their objectives in today’s shifting real estate market.  The value of a highly experienced, locally as well as globally connected agent/broker, and a skilled negotiator and advocate cannot be understated.  I look forward to working with you, your family and friends in achieving your goals in acquiring or selling your property.