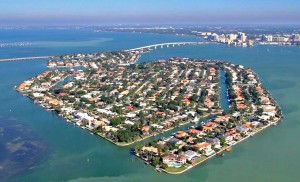 After strong pending sales in the Sarasota Real Estate Market in January, it came as little surprise that February activity was robust. Sales continued to escalate over prior year posting particularly strong numbers in the $1 million+ tier, where most of my business occurs.  The sales at this level tend to be low in numbers of transactions, nevertheless, the super-luxury condominiums just completed and ready for occupancy in several new downtown projects once again not only lifted numbers of units sold, but also contributed to total dollar volume of the condo market growing by more than 61% over prior year.

Across the rest of the U.S., sales in February were not nearly as spirited. Experts are leaning towards blaming it on an unseasonably cold January causing growth to flatten, especially in the Northeast and Midwest regions. It is likely that sales reports in the next few months on the national stage may stay restrained as a result of the major late-winter storms all across the nation.

Inventory of all types of units in The Sarasota Real Estate Market contracted a bit, and was especially noticeable in the luxury market where there are now 10.2% fewer million dollar homes and 30.6% less condos available. Granted, there are still almost 500 homes priced over $1 million and 134 condos, but the narrowing of supply here is good news for sellers who have seen long listing to sale periods. Recent changes in inventory are beginning to shorten the timing for a transaction to close.

February’s pending sales once again were well ahead of this time last year, setting us up for another month or two of excellent closing activity ahead, especially in the condominium market where pending sales grew more than 21% over prior year.

Homebuilders here and around the country are lamenting scarcity of buildable lots (regulations and lack of infrastructure two key issues), rising building costs (product, labor and municipality fees), and most importantly, a persistent shortage of qualified labor as key causes of not being able to keep up with new home demand. For the first two months of 2018 Sarasota’s builders have pulled 31% fewer new single-family home permits. The multi-family market is not seeing the same declines, but with demand staying strong for new homes, especially in the moderate price points, we will keep seeing increases in prices as inventory of new homes remains limited.

In reviewing local, state and national market statistics and analyst reports, the following are some of the highlights of the data:

There is some concern that rising interest rates may slow sales and result in lower prices,

but historically that has not been the case. In the graph to the right, Keeping Current Matters analyzed Freddie Mac data and found that in the last six times interest rates rose more than 1%, the results were actually very different than we would think intuitively.

Actually, the laws of supply and demand far outweigh small increases in interest rates. As I wrote in last month’s report, interest rates have been above 5% for 38 of the last 46 years, so I see no need to panic as we slowly move towards the 5% rate expected by early 2019.

Market analysts are expecting overall sales to increase 4.8% in 2018 and prices to grow 5%, though in The Sarasota Real Estate Market I see exceeding these projections due to the vigorous development of new homes and multi-family projects along with the strong demand.  For nearly 10 years this region saw only minimal new construction. Today’s robust building activity around the region is not able to catch up with the scarcity of development since the market collapse in 2008. There is still room to add new product based on builder reports on buyer traffic at their new development and, as long as demand outpaces supply we will see increased growth in prices.

With the region’s strong jobs market, rising wages and household wealth, attractiveness to buyers from communities around the country that are suffering from unfavorable tax conditions, our strong appeal to the international home buyer market, and the many quality of life benefits that Sarasota offers, I believe that our housing market will continue its spirited activity in the months ahead.

If you have been considering listing your property, I cannot tell you how strongly I feel that entering the marketplace at this time of year is most advantageous in that you’re capturing the greatest number of eyes during peak season.

At the same time, if you are a buyer, with prices expected to maintain a healthy pace of appreciation, interest rates set to increase and inventories anticipated to grow only gradually, now is a prime time to select something from the beautiful properties we currently have available in the region.

Seller or buyer, I am eager to assist you in achieving your desired outcomes!  Don’t hesitate to call to share your goals and I will help you to determine the best plan for your unique needs.